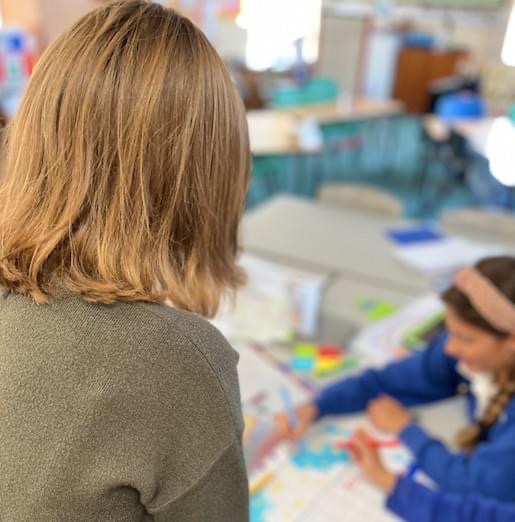 Categories:Uncategorized
by Shannon Barrow |
on July 4, 2022

Hi I’m Laura. I’m a year 12 student and I’ve been doing my work experience at 20Twenty Productions this week.

I’ve really enjoyed my time here and I’ve done a variety of different activities that i wouldn’t necessarily have gotten to do if i had completed my placement elsewhere. Some of my favourites include helping primary school children in robotics and stop-motion sessions, and visiting a food bank to help sort and pack food.

I’m very thankful for this opportunity and it is not one I will forget anytime soon!

On my first day of work experience, I arrived for my 9am start and Katherine gave me a tour of the premises. After this, Shannon told me all about 20Twenty Productions, including its aims and achievements. My first task for the day was to do a deep dive of the 20Twenty website and give feedback. I found the website to be aesthetically pleasing and easy to navigate. Then Liv showed me how to use Canva – a design programme. I then used this to design the back of a postcard for young people to use to record their affirmations and intentions for the day (three of each). In the afternoon, I accompanied Max and Tim to a primary school in Mepal for a STEM session. This consisted of the students making robotic buggies to drive around a track. I didn’t know how the robots worked, but I had fun talking to the students and asking them questions about how everything worked. When we got back to March, I did some preparation for interviews on Friday.

On my second day of work experience, my first task was to design an instagram post for Pride Month, using Canva (and the skills Liv taught me on my first day). After this, I organised some Lego for making robotic buggies. I put the pieces in their designated sections in order to allow students to find them easier when it comes to making their buggies.Next, I attended the Young Fenland Cultural Consortium meeting. I enjoyed this because I learned new things and plans for the town from different perspectives. The different roles of the attendees meant that there were lots of ideas that could be collated and that when reviewing, there was a balanced outcome. I personally have noticed a lack of creative activities during my time at school and a lack of culture in March, so it was nice to watch the ideas unfold during the meeting with hopes of more cultural development for the town.

On my third day of work experience, the first part of my day was spent at Alderman Payne Primary School, where I assisted with a stop motion session. The majority of the students had already made most of the parts (such as puppets and backdrops) for their stop motion, so they showed me what they were doing and I occasionally gave those who hadn’t already chosen what they were doing ideas about what they could draw as a background for their films and what could happen in their story. The students were all really welcoming and they were all able to work very efficiently with the technology they were using – demonstrating the effectiveness of previous sessions with the class. I watched several of their videos and they were all brilliant! I had a lot of fun! I then made some code breaking activities. Then, I went to the Elliot Food Project, where I assisted in sorting and packing food to be distributed to schools I the community. I found this a valuable task, knowing I was doing something that would help others. It was hard work and the crates were heavy, but seeing it all sorted at the end and knowing it was going to a good cause made it worth it. The final thing I did on the Wednesday was attend a Wisbech Reads twilight. I helped allocate books in the correct quantities to the attending schools. I found it interesting hearing about the plans for Wisbech Reads and I spoke to teachers about their careers – which I found very insightful.

On my fourth day of work experience I started the day by assembling mini-pop keychains and organising stickers, both of which are for a wellbeing event. I then started further planning my questions for the Year 6 interviews at Peckover Primary School on Friday. This involved looking at the questions I had chosen and then writing some brief notes on some of the answers I could expect so I can note them down and have a clear criteria for the students’ answers. The role I chose was that of a nurse, so by doing some research it has allowed me to fully understand the requirements of the job. In addition to this I wrote out some answers to questions that I could potentially be asked as the interviewer by the students. I then made a social media post to talk about my experience this week.

On my final day of work experience, I went to Peckover Primary School, where they were having a careers day. I interviewed students for the role of a nurse, and selected the best candidate at the end. This was the student who appeared the most confident, answering questions with ease and showing they had done some background research. In the afternoon, I went to a primary school in Mepal, where we played drama-related games with students from a mixture of year groups. All of the children from both schools were really friendly and I had a lot of fun.
All in all I had a great week and gained so much insight into the world of work. My top three things this week were the robotics session at Mepal, the stop-motion session at Alderman Payne Primary School, and the interviews at Peckover. I also enjoyed learning how to use Canva so I could design prints etc. I’m so grateful for this opportunity and the inspiration it has given me for my future career plans.