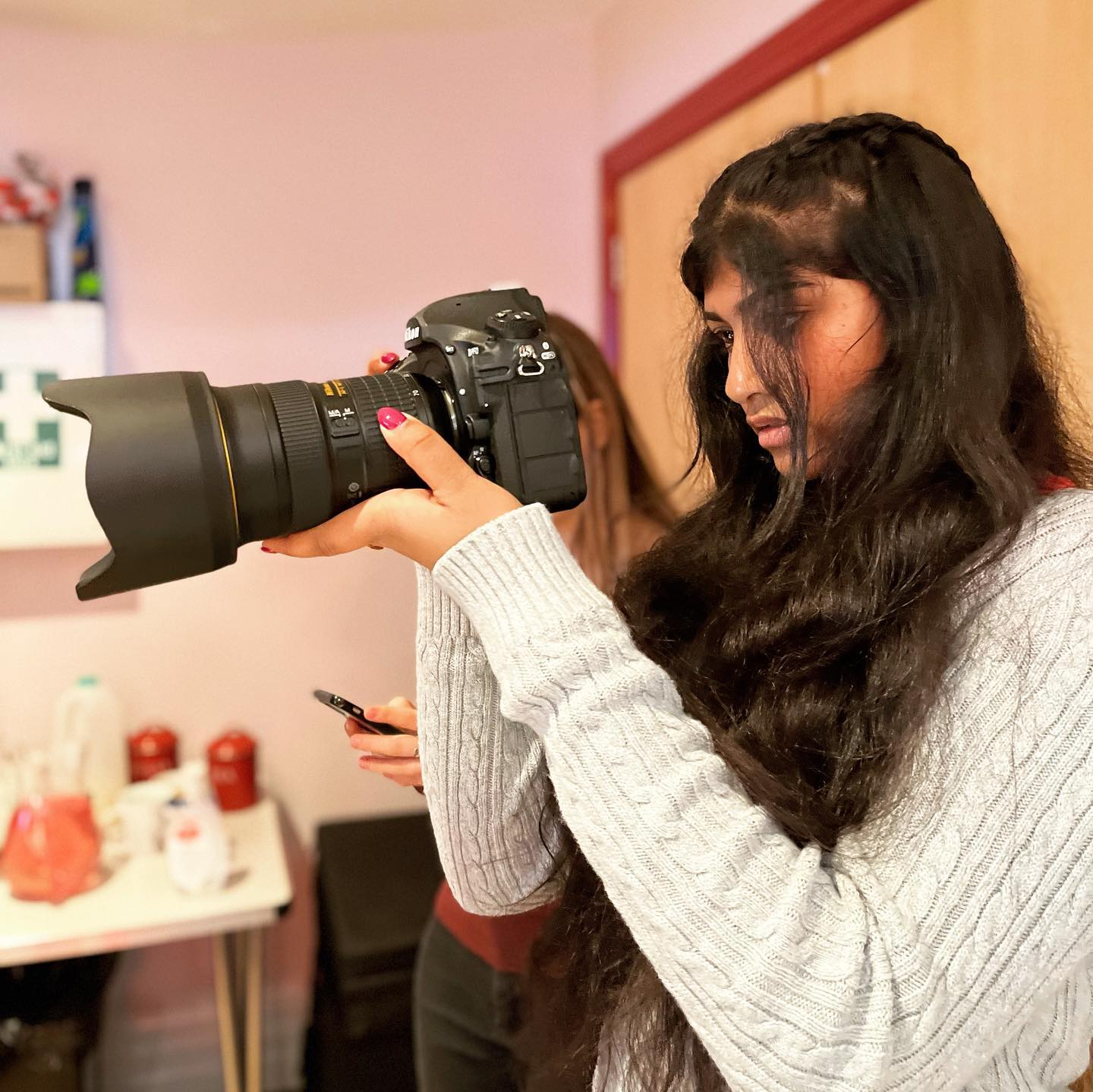 Categories:Uncategorized
by Shannon Barrow |
on February 21, 2022

From 7th-11th February we had 3 work experience students join us from Cromwell Community College. They had requested an immersive experience in filmmaking and media. Here’s Shira’s blog captured through the week regarding her experience:

We arrived at 9 am, at a meet-and-greet with the 20Twenty team, where we go to know what their job roles are, what they do, and 20Twenty as an organisation and the projects they are currently working on. I was taken aback by how they work to support and influence young people, it’s wonderful to have this in our community. Then we had a hands-on experience of using industry-standard software, Adobe Premiere Pro. We watched a step-by-step guide on editing with Premiere Pro. Our day then evolved into a discussion regarding an upcoming event in the week, Robot Wars. We ‘assigned’ roles for robot wars via zoom, with our colleague Max and confirmed objectives for the day. We then participated in brainstorming for a storyboard for a project called ‘Pathways and Doors’, which is about a film production of university students sharing their experiences with young people. Later on in the day, we went Neale-Wade Academy, to attend a media session that 20Twenty delivers to complement the Media studies curriculum.

Today, we used the cameras and video cameras in preparation for tomorrow’s event, Robot Wars. Our colleague Tom delivered training on how to use illustrator and we had the opportunity to put it to practice. We used illustrator to draw coke cans, do neon text and then we used Lightroom to edit pictures we took outside, then we went back to illustrator and learned to do 3D text. Then we took our earlier learnings of the Adobe video editing software and applied them to clips we transformed into a camera reel.

Today we arrived at 9 am at the town hall, where Robot Wars was taking place, and we attended to take media content. The content would be used for socials and to show the 20Twenty audience what robot wars is. Robot wars are where the children build robots from lego and program it on iPads and compete in challenges against each other. Once we were given our equipment for the day, we had a professional media team briefing and we were ready to go.  When the children arrived, they set up and had 3 rounds where they competed against each other. A skill I learned from today was how to properly focus the camera and steady myself when I’m taking a photo so it’s not blurry.

On day 4 we got to use the skills that we practiced on day 2 with the footage we took on Day 3, by doing that I have gained some skills on how to use Premiere Pro and how to import sound, how to mute background noise using the pen tool, and how to export a video.

We arrived at the town hall at 9 am, then we attended the marketing meeting for Neurons and I learned about the AIDA marketing pyramid, which I found interesting. I’ve really enjoyed my week here its been very fun and enjoyable. I have learned how to use Premiere Pro and illustrator which was interesting and I’ve also become more confident on the camera and learned more about it after a bit of practice. Thank you very much 20Twenty, it was lots of fun!